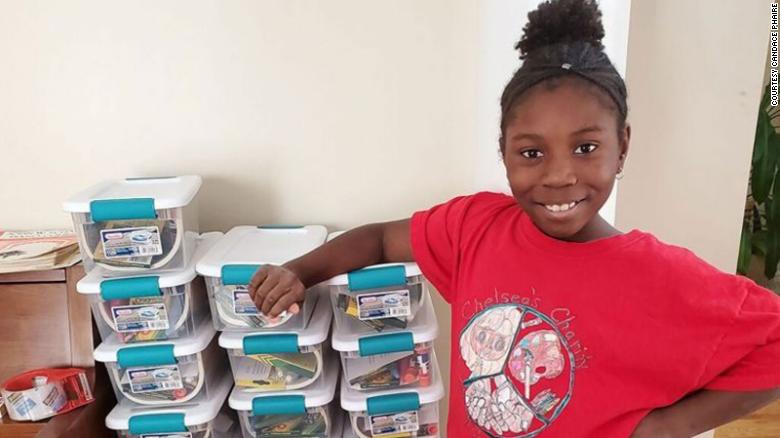 A young girl with a big heart has found just the way to cheer up other kids stuck at home during the pandemic.

Chelsea Phaire, a 10-year-old from Danbury, Connecticut, has sent more than 1,500 children in homeless shelters and foster care homes art kits to give them something uplifting to do when they’re feeling down.

The kits — which include markers, crayons, paper, coloring books, colored pencils, and gel pens — are sent to schools and shelters across the country as part of Chelsea’s Charity, an organization founded by Chelsea and her parents.

“Since she was seven, she was begging me and her dad to start a charity,” Candace Phaire, Chelsea’s mom, told CNN.

“She was so persistent, every couple of months she would ask, ‘Are we starting Chelsea’s Charity yet?’ When she was turning 10, she asked us again, and we decided it was time to go for it…