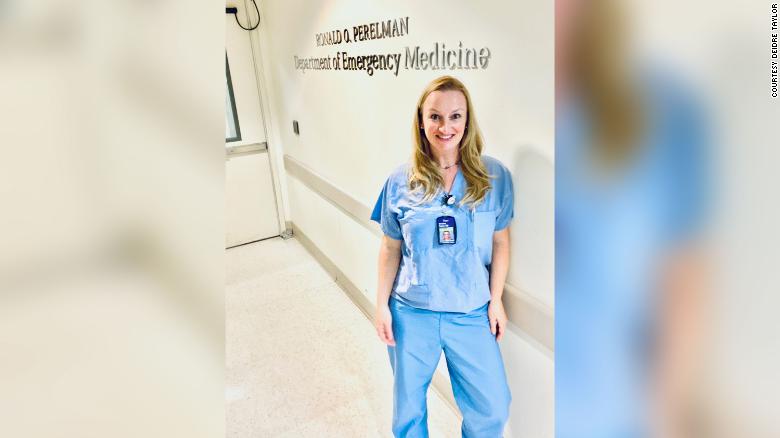 When Deirdre Taylor was preparing to leave her Virginia home to fight Covid-19 in New York on the front lines, she made sure to pack a possession that she held dear for over three decades: a front-page newspaper article.

But this wasn’t just any newspaper article. It was an article documenting Taylor’s rescue from a burning New York City apartment by a firefighter in 1983. She was only four years old at the time.

The picture on the front-page article shows a young Taylor with the man who saved her, Eugene Pugliese.

“I always knew I came close to losing my life that day,” Taylor told CNN. “Without him, I wouldn’t be here. I had a second chance at life, thanks to him.”

Today, Taylor, 40, is an emergency room nurse who lives in Alexandria, Virginia with her husband and two kids. Ever since the incident, she wondered what became of the firefighter who saved her, coming up empty when she searched for him online. Ready to spend two months helping in the fight against Covid-19 at NYU Langone Hospital in Brooklyn, Taylor saw this as an opportunity to finally find him.

During one of her shifts, Taylor told a firefighter her story. He called the current captain of FDNY Ladder 20 in Manhattan, who knew exactly who Taylor was looking for.

Taylor gave Pugliese a call right after her shift and was very happy to hear his voice on the other end.

“I wondered about him on 9/11 and hoped I would get the chance to thank him, and I finally did,” said Taylor.

Now 75 years old, Pugliese was “on cloud nine” when he got the call from Taylor on Friday.

“The two of us just sat there crying on the phone,” the Spring Lake, New Jersey resident told CNN, adding that he’s had the same article framed on his wall for 25 years now. “She turned out to be a remarkable woman with a magnificent life…