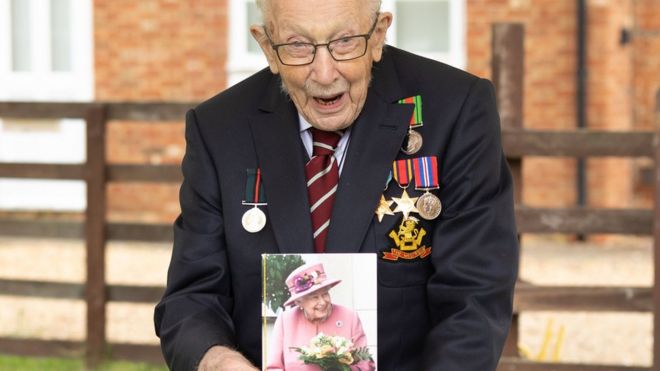 The appeal by NHS fundraiser Captain Tom Moore topped £31m as he celebrated his 100th birthday.

The war veteran, who raised the money by walking laps of his garden, has also been made an honorary colonel.

The occasion was also marked with an RAF flypast and birthday greetings from the Queen and prime minister.

With celebrations under way, Capt Tom said everyone who donated was “magnificent” as the fund reached £30m on Thursday morning.

He said it was “extraordinary” to be turning 100, especially with “this many well-wishers”…