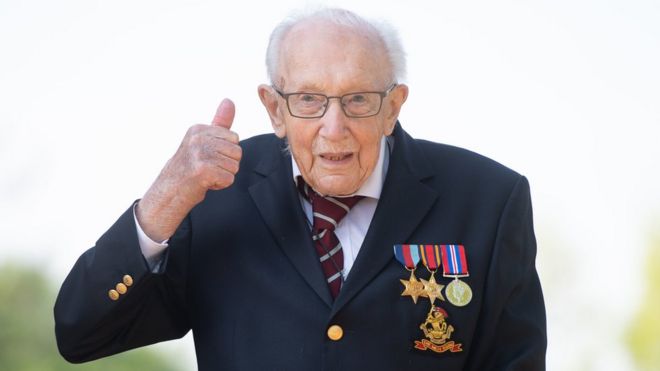 Captain Tom Moore is to be knighted for his fundraising efforts after a special nomination from the prime minister.

The war veteran raised more than £32m for NHS charities by completing 100 laps of his garden before his 100th birthday in April.

Boris Johnson said the centenarian had provided the country with “a beacon of light through the fog of coronavirus”.

As an honorary colonel, his official title will be Captain Sir Thomas Moore under Ministry of Defence protocol.

The knighthood, which has been approved by the Queen, will be formally announced on Wednesday.

Capt Tom, who was given the honorary title of colonel on his 100th birthday, had initially set out to raise £1,000 for NHS charities by walking laps of the 25m (82ft) loop in his garden in Marston Moretaine, Bedfordshire.

But he eventually raised £32,794,701 from more than one and a half million supporters…