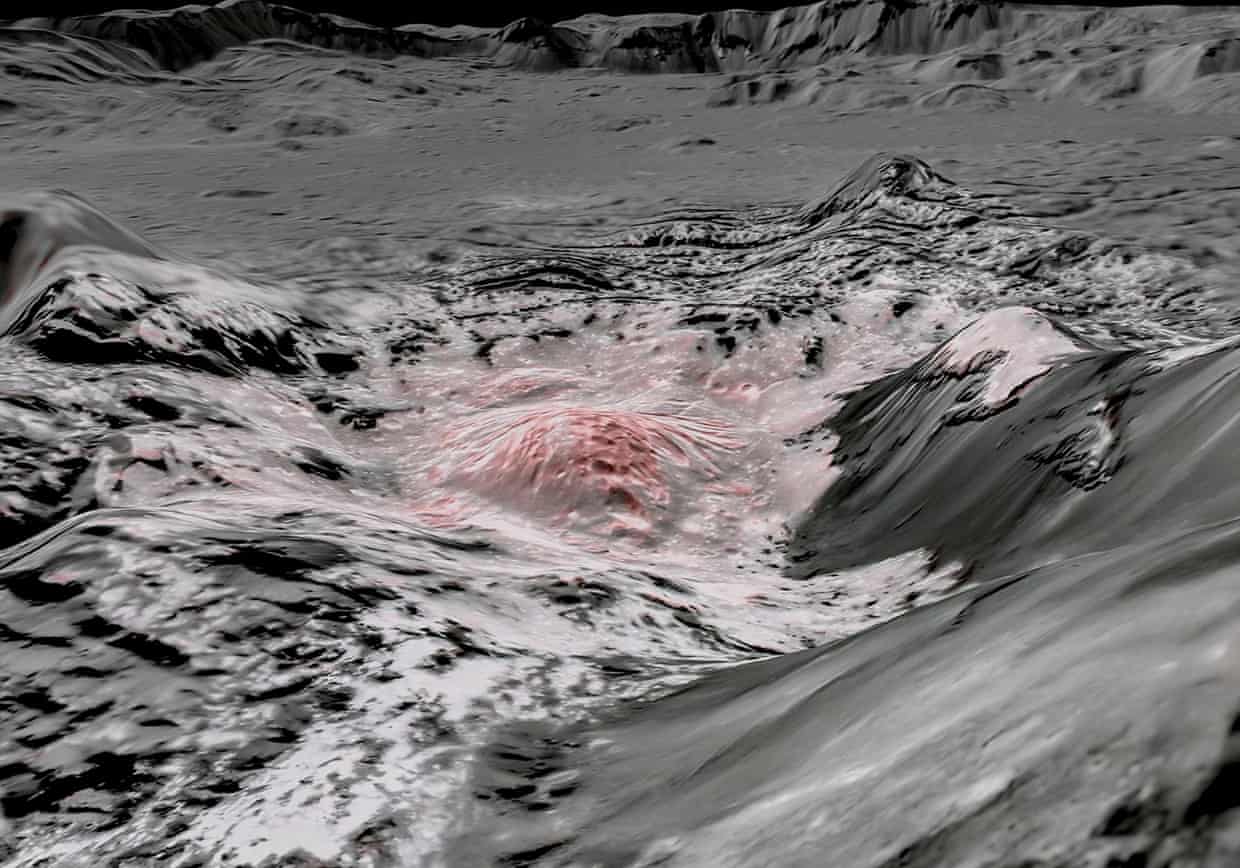 The dwarf planet Ceres – long believed to be a barren space rock – is an ocean world with reservoirs of sea water beneath its surface, the results of a major exploration mission showed on Monday.

Ceres is the largest object in the asteroid belt between Mars and Jupiter, massive enough to be shaped by its gravity, enabling the Nasa Dawn spacecraft to capture high-resolution images of its surface.