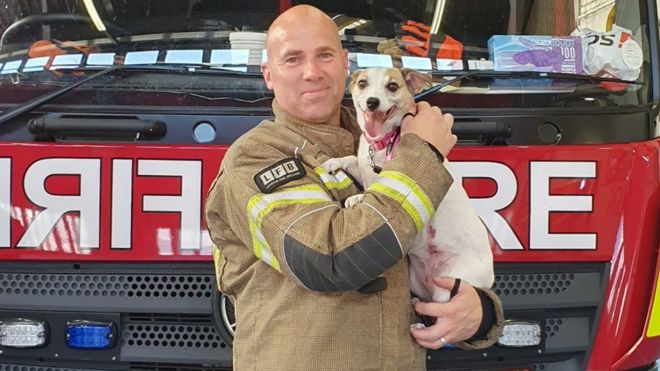 A dog that nearly died in a fire is being fostered by the firefighter who saved her.

Fire crews were called to a flat fire in Newham on 28 July and found a woman being treated outside by paramedics but learned her Jack Russell was missing.

Lead firefighter Jamie Trew found Millie lying apparently “lifeless” under a bed. She was given…