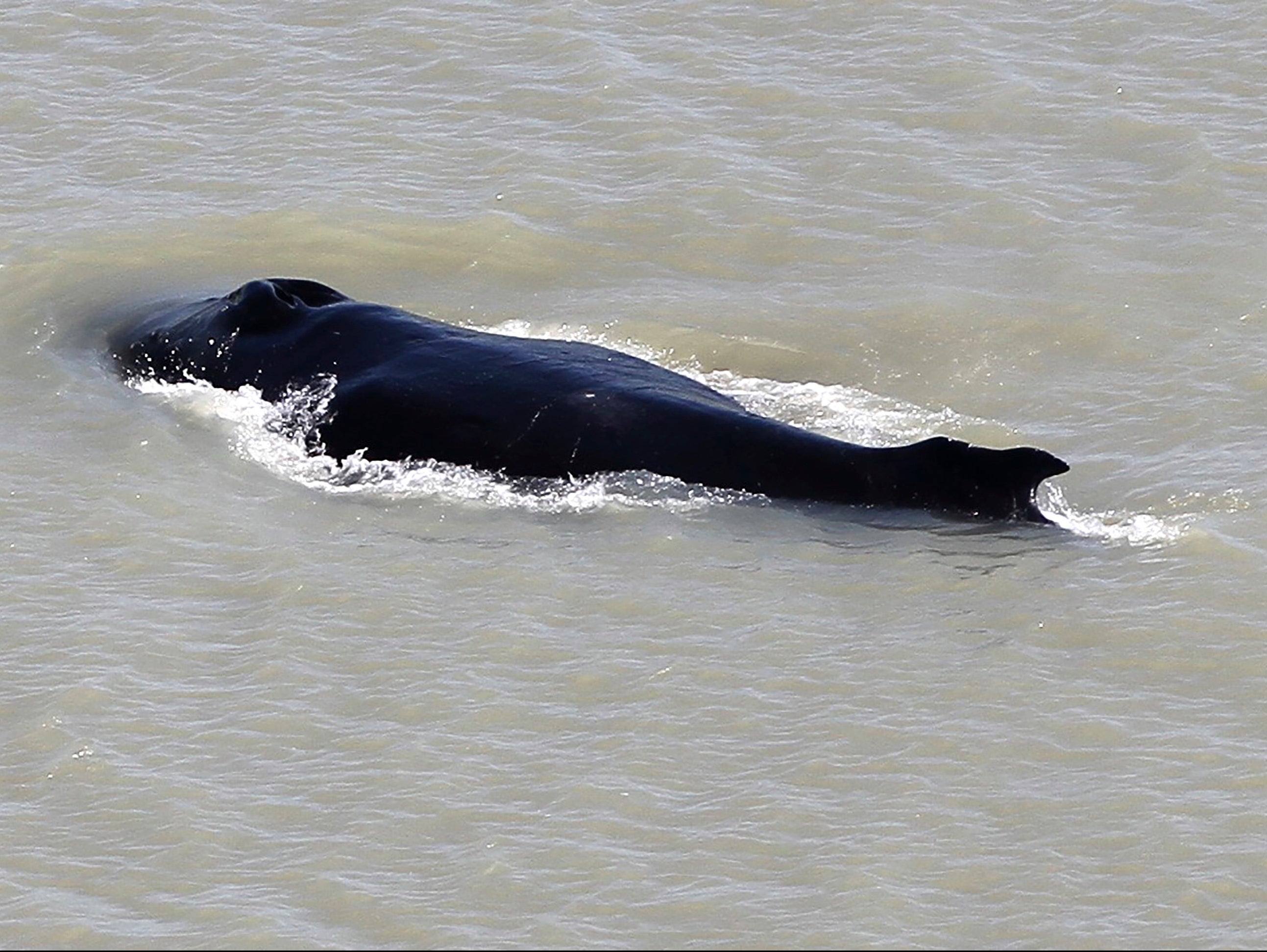 A humpback whale has found its way back to sea after getting lost in crocodile-infested waters in northern Australia.

The whale was one of three spotted in the remote East Alligator River in the Northern Territory’s World Heritage-listed Kakadu National Park earlier this month.

Two swam in the river for a short time…