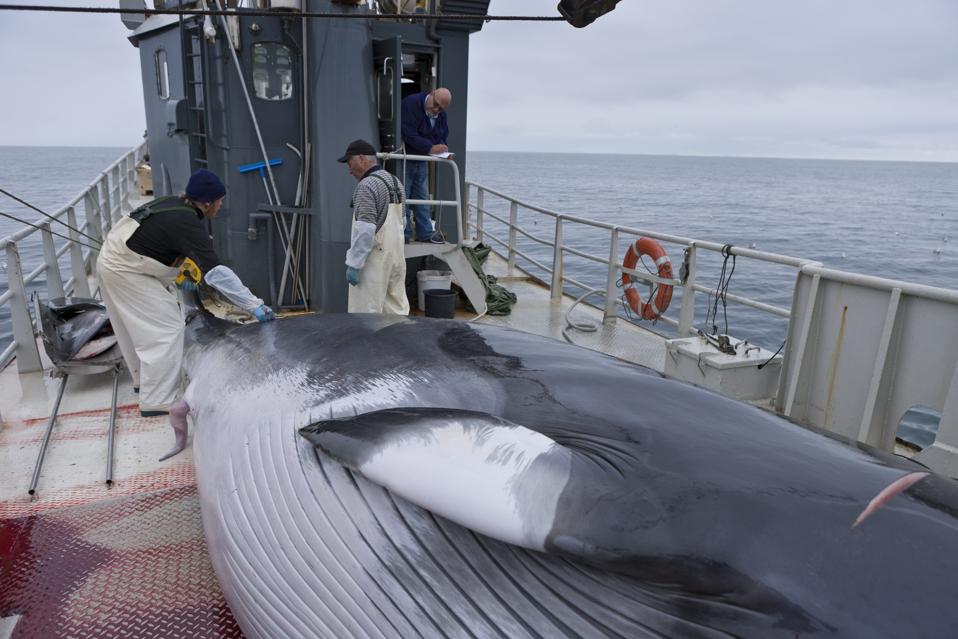 In 1982 the International Whaling Commission (IWC), of which Iceland is a member, agreed to stop all commercial whaling by 1986. However, both Iceland and Japan have continued to hunt whales through scientific whaling programs.

Since the 1986 ban, Iceland has hunted more than 1,700 whales, with minke whales and fin whales being the predominate whale species hunted. While most fin whale meat is sent to Japan, minke whale meat is usually served to tourists visiting Iceland even though whale meat is not a traditional Icelandic dish.

However, for the second year in a row, Iceland’s two whaling companies have announced that they will be skipping the annual whale hunt. One of the companies, IP-Utgerd, which specializes in the hunting of minke whales, told AFP that they are done hunting whales permanently…