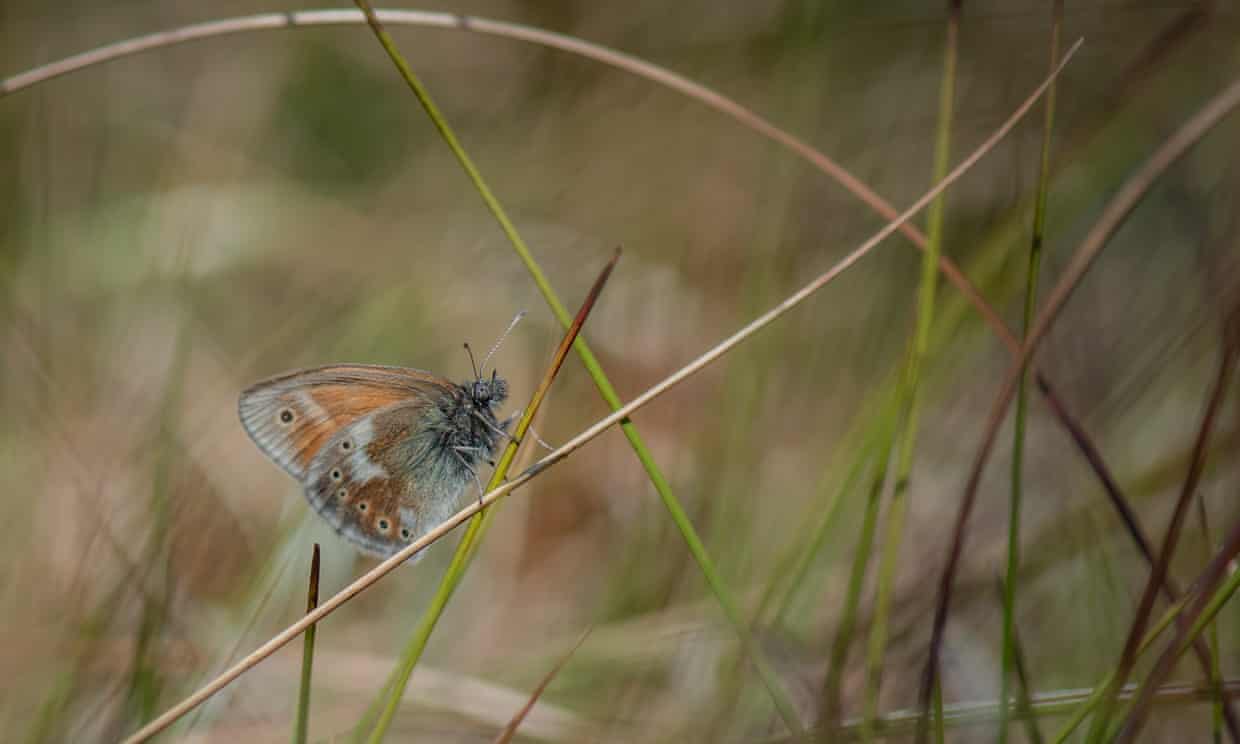 Large heath butterflies are returning to peatlands in greater Manchester 150 years after they went locally extinct.

The acidic peat bogs and mosslands around Manchester and Liverpool were home to the country’s biggest colonies of large heath butterflies – known as the “Manchester argus” – but numbers plummeted as land was drained for agricultural land and peat extraction.

Conservationists from Lancashire Wildlife Trust are now looking to reverse the fortunes of this rare butterfly by restoring a 37-hectare area of peatland between Wigan and Salford where they have recreated habitats of sphagnum moss, cross-leaved heath and hare’s-tail cottongrass on which the butterflies depend.

Last summer, staff collected six female butterflies from a population at Winmarleigh moss near Garstang and took them to Chester zoo. The caterpillars spent winter feeding on cotton grass and 45 hand-reared pupae are now being released on to a secret site where they will be kept in protected tents while they emerge from their pupae.

Conservationists are going into the tent to check them two or three times a day, releasing any butterflies as they emerge…