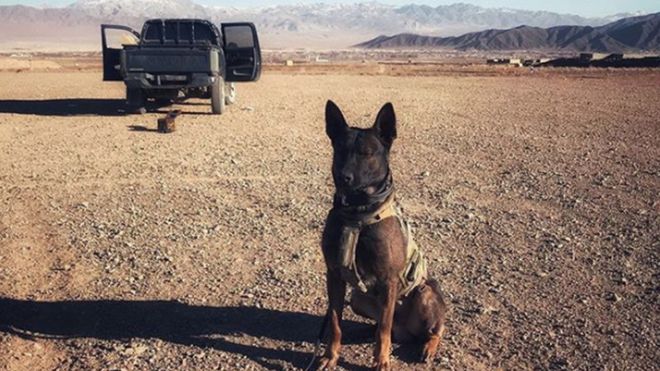 A military dog who charged through enemy gunfire to save the lives of British soldiers fighting al-Qaeda in Afghanistan is to be awarded the animal equivalent of the Victoria Cross.

During a raid, the Belgian Malinois named Kuno tackled a gunman and was hit by bullets in both back legs.

After losing one of his paws as a result, he became the first UK military dog to…