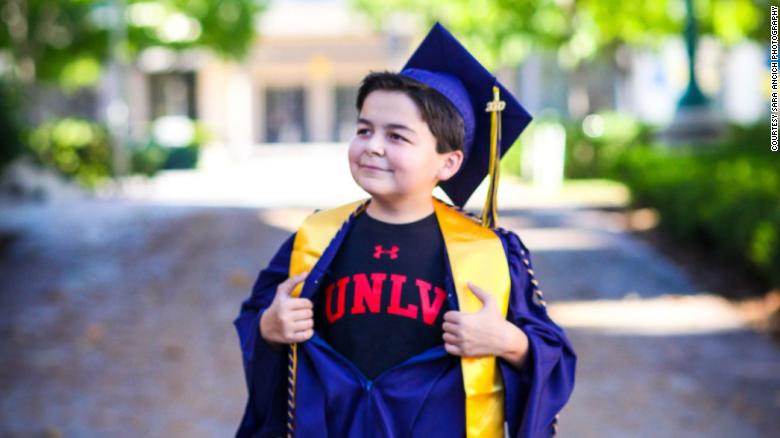 The community college has about 21,000 other students from various backgrounds and walks of life. But Fullerton College President Greg Schulz said Rico can’t help but stick out from the crowd.

“It is not typical to have such a young student take classes, so Jack [Rico] is pretty well known on the Fullerton College campus,” Schulz told CNN. “Jack is wise beyond his years, and I’m so pleased that he found a home and place to excel at Fullerton College.”

If you’re dying to know the secret method to the young marvel’s accomplishments, Rico said there isn’t one. Just good old time management and listening to your instructors, he said.

Gifted since his toddler days

Rico’s mother, Ru Andrade, said she knew her son was special ever since he was a young(er) boy. When Rico was about to turn four, she asked him what he wanted for his birthday.

While other boys his age might have asked for toys or a trip to Disneyland, Rico said he wanted to see the White House.

“I told him that was a really big trip for a three-year-old,” Andrade said. “Just kidding around, I said, ‘If you can memorize all the presidents, I’ll take you.'”

A week later, Rico came up to his mom and surprised her with his response.

“He said, ‘I already knew the presidents, but I memorized all the vice presidents so that we could go,'” Andrade recalled. “So that’s when I knew, ‘Oh, you’re already smarter than me…