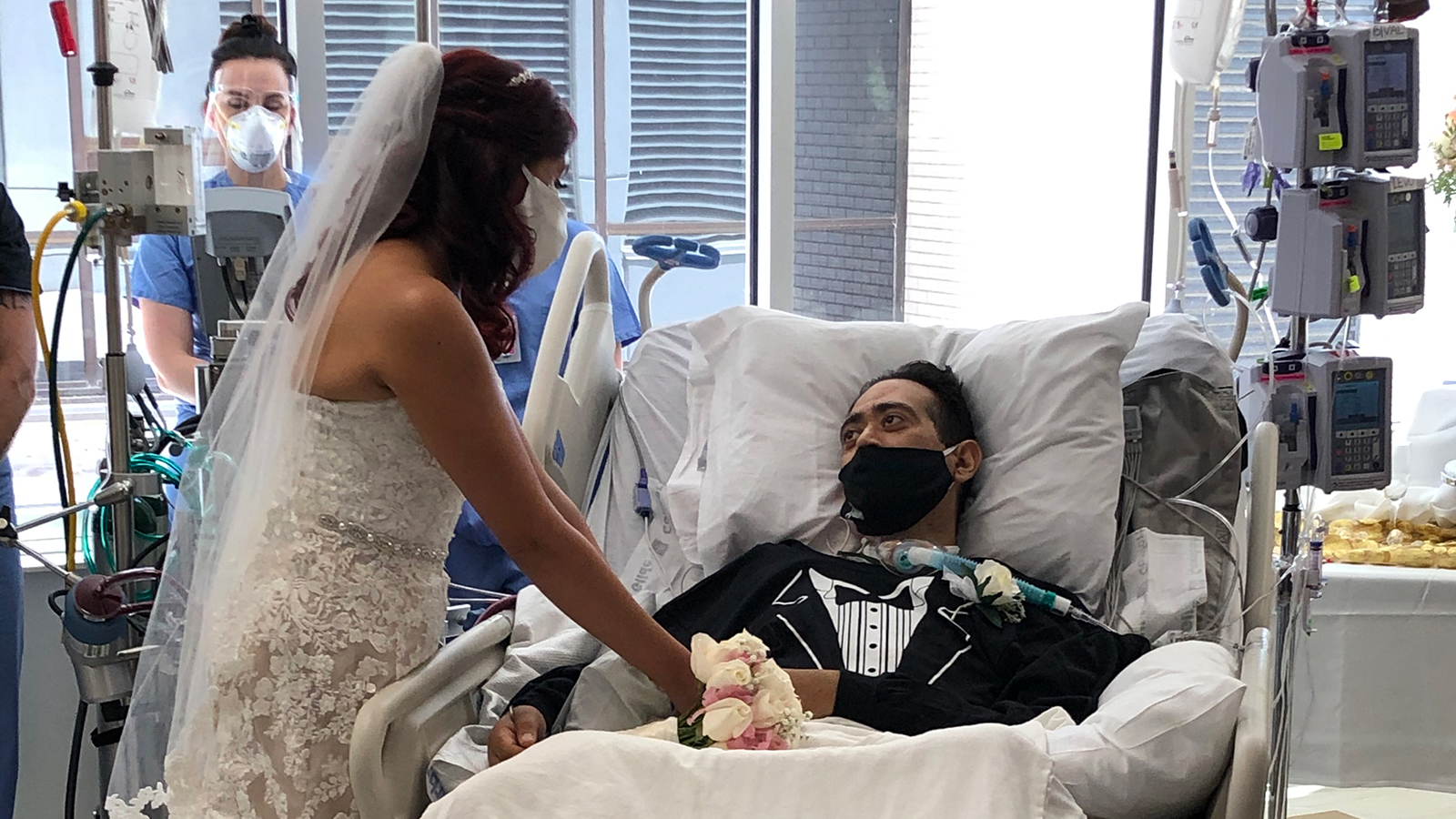 A Texas man who was hospitalized with COVID-19 the same week as his wedding got the chance to say “I do” with the help of compassionate hospital staff.

Carlos Muniz and Grace Leimann were scheduled to marry in mid-July when their nuptial plans were put on hold after Muniz became ill with the virus, according to hospital staff.