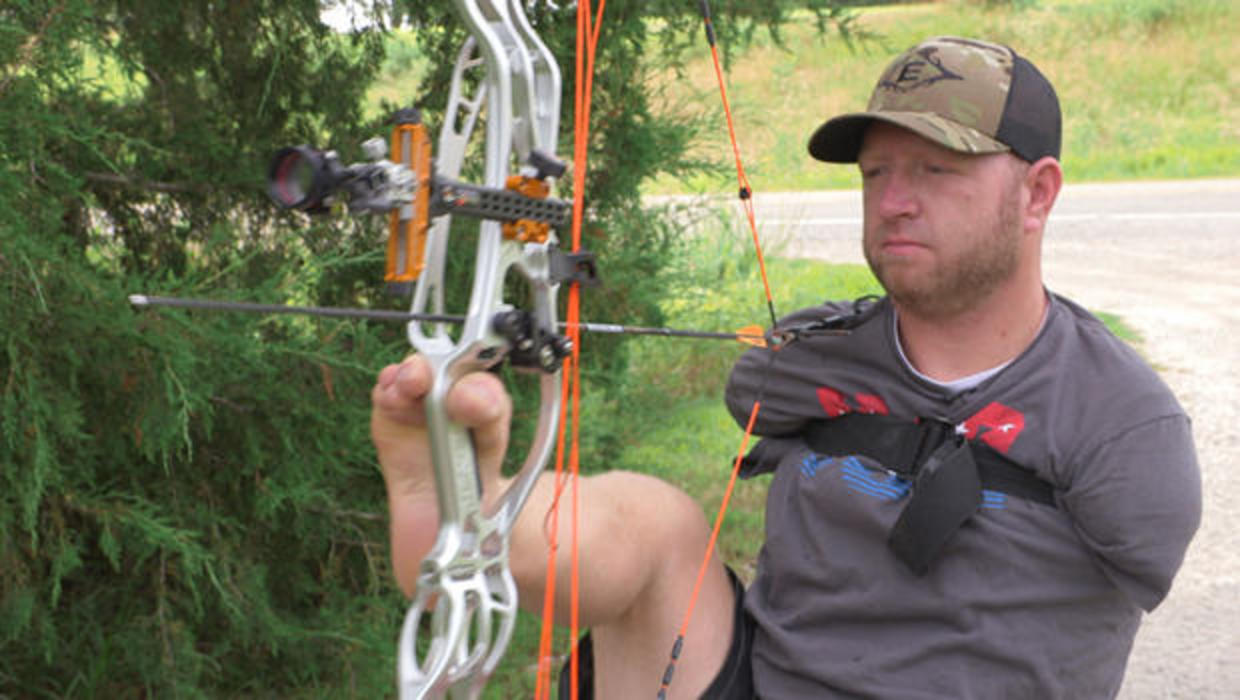 One of the top-ranked archers in the country is 37-year-old Matt Stutzman of Fairfield, Iowa. “The last time we looked into it, 1% of archers in the world make a living shooting a bow,” he said.

And he did it all with…