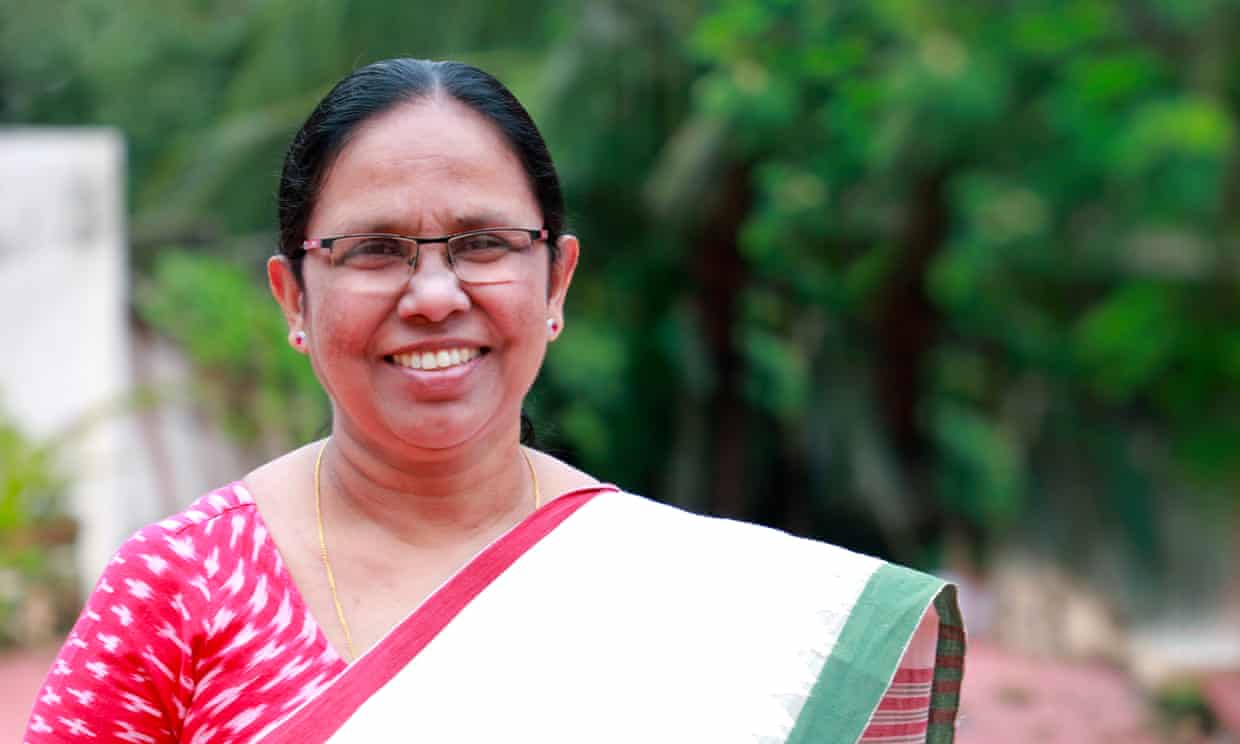 On 20 January, KK Shailaja phoned one of her medically trained deputies. She had read online about a dangerous new virus spreading in China. “Will it come to us?” she asked. “Definitely, Madam,” he replied. And so the health minister of the Indian state of Kerala began her preparations.

As such, Shailaja Teacher, as the 63-year-old minister is affectionately known, has attracted some new nicknames in recent weeks – Coronavirus Slayer and Rockstar Health Minister among them. The names sit oddly with the merry, bespectacled former secondary school science teacher, but they reflect the widespread admiration she has drawn for demonstrating that effective disease containment is possible not only in a democracy, but in a poor one…