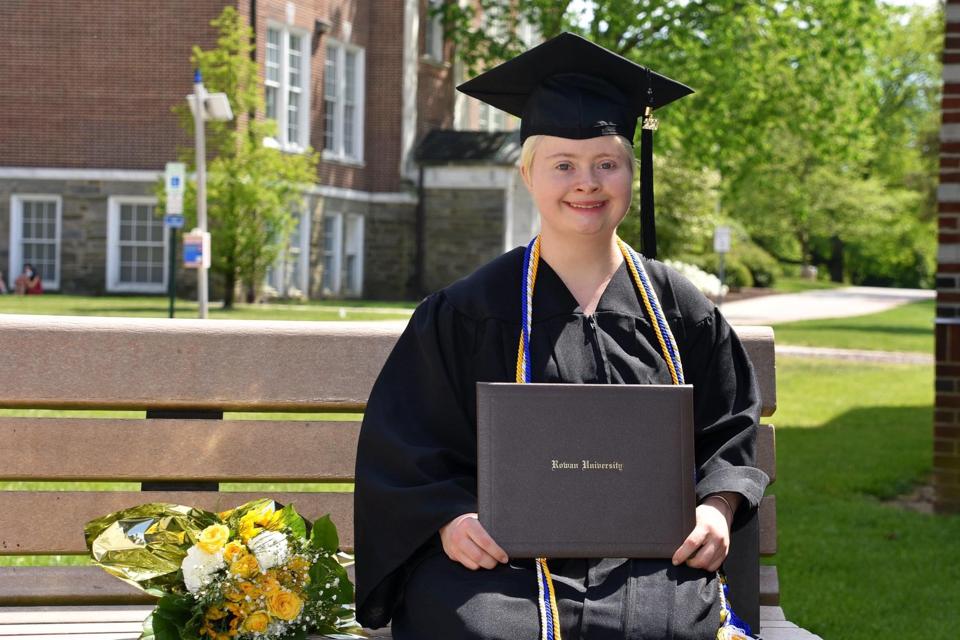 AnnaRose Rubright has always worked to be a positive role model for her younger sisters. As the oldest of six girls, it was important to the 24-year-old from Medford, New Jersey, to show them the importance of hard work and how even with a disability, she could accomplish her dreams.

In early May, one of those dreams turned into a reality when she achieved her lifelong goal of graduating from a four-year university. In the process, she became the first person with down syndrome to receive a diploma from Rowan University in Glassboro, New Jersey.

Rubright graduated with a bachelor’s degree in radio, television and film on May 8. The ceremony was held over Zoom due to COVID-19. It included words from Rowan’s president, Dr. Ali Houshmand, and N.J. State Sen. Steve Sweeney. While graduation ceremonies are usually exciting affairs, it was especially impactful for Rubright.

“It was very emotional for me and a bit overwhelming,” Rubright said. “Most of my family members cried.”

Rubright’s family witnessed firsthand her long and often arduous higher education journey that began after she graduated from Shawnee high school in 2014. She earned an associate’s degree from Rowan College at Burlington County, a community college that partners with Rowan University, in 2017. Shortly thereafter, she officially transferred to Rowan University…