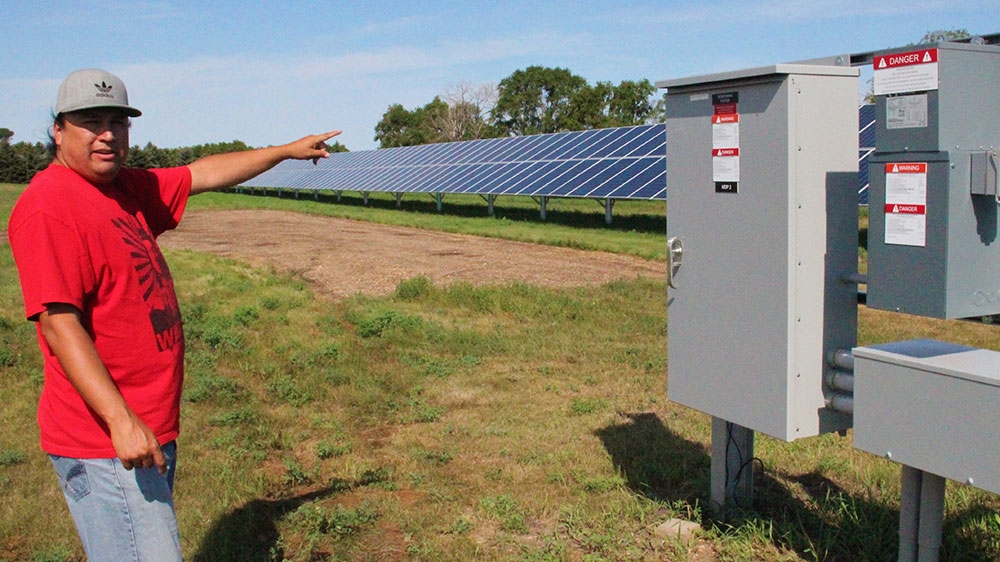 More than four years ago, the roads and rolling plains north of the Cannon Ball settlement on Standing Rock Reservation were strewn with tear gas, private security squadrons and thousands of environmentalists protesting a new oil pipeline. While life has settled down since then, change is very much afoot again.

Driving along state route 1806 towards Cannon Ball, the sun irradiates off a large, shiny surface in the distance – a farm of 1,100 solar panels. In a landscape dominated by grassland and crops, it’s a jarring sight, though one that represents an important and revolutionary milestone for the reservation.

Thirty-five-year-old Cody Two Bears from Cannon Ball is the driving force behind the 300-kilowatt solar farm – North Dakota’s first, which formally opened last year – and he dreams of bringing solar-powered energy infrastructure and “energy sovereignty” to Native American reservations around the United States.

“It’s pretty amazing for high-poverty communities like Cannon Ball and Standing Rock. This is a big deal,” said Two Bears, wearing a T-shirt emblazoned with the word “warrior”. Before the reservation declared a shelter-in-place order due to the coronavirus, the electricity the solar farm produced powered a local gym, a youth activity centre and Cannon Ball’s veterans building, where dozens of meals were served to the elderly…