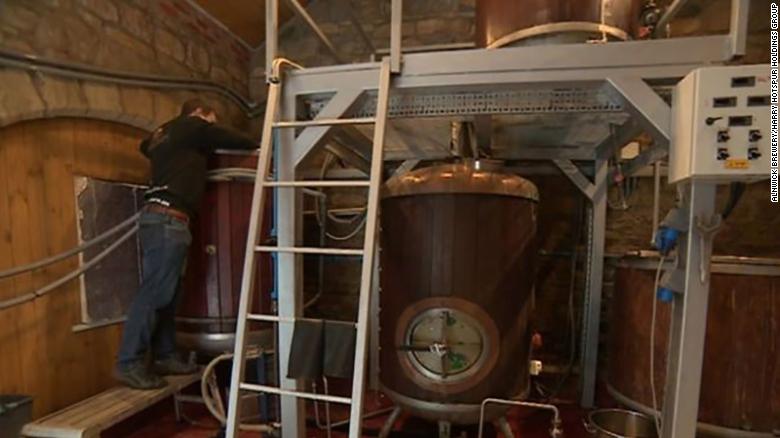 A brewery in Northumberland, northeast England, has been giving away gallons of free beer to local residents after the coronavirus lockdown hit sales and left it with a surplus.

Alnwick Brewery, which supplies craft lager, ale and stout to local pubs and restaurants, produced more than 5,000 pints of beer ahead of Easter but was then unable to sell it after the UK government closed non-essential businesses in March.

Co-owner Ian Robinson told CNN he came up with the idea of giving it away after hearing of a brewer in Scotland doing the same — but decided to ask locals to give voluntary donations to the UK’s National Health Service (NHS) in return.

“We produced around 80 casks of beer for Easter, and almost immediately the government closed the pubs and restaurants so we were left with it,” he said. “The casks were virtually dead money…