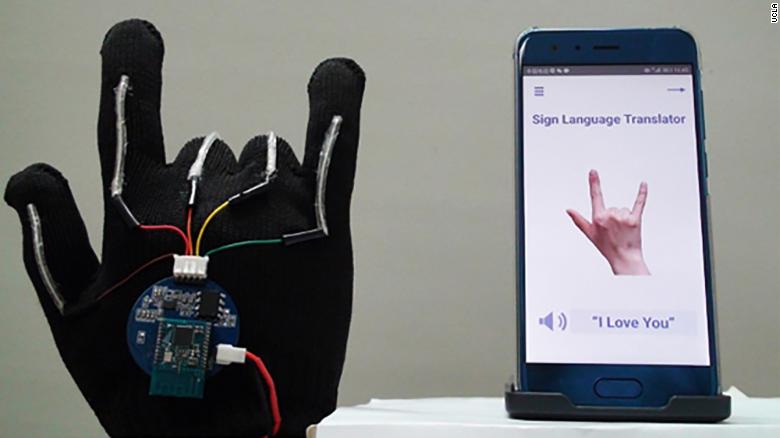 A glove that translates sign language into speech in real time has been developed by scientists — potentially allowing deaf people to communicate directly with anyone, without the need for a translator.

The wearable device contains sensors that run along the four fingers and thumb to identify each word, phrase or letter as it is made in American Sign Language.

Those signals are then sent wirelessly to a smartphone, which…