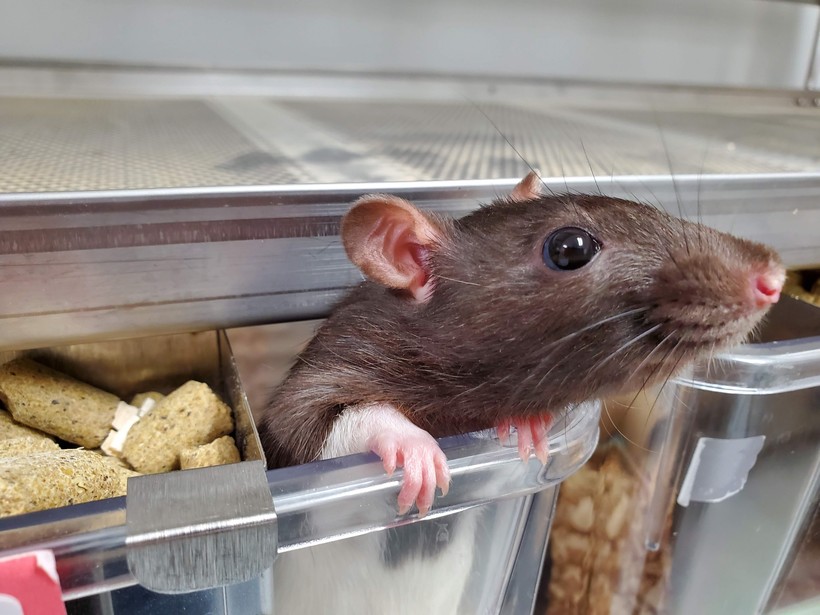 Rats often get a bum rap. That’s why a lot of students enter his labs feeling a little nervous, said Dr. Richard Hein of the University of Wisconsin-Green Bay, Manitowoc.

Hein uses the animals to teach first- and second-year introductory biology, and human anatomy and physiology students all sorts of lessons.

The students measure how factors like temperature, exercise or even music can affect the animals’ metabolisms. Rats are also used to study the effects of hormones and even human reproduction.

Biology major Stevie VanderBloomen, who just finished her second year, said she appreciated getting the opportunity to do hands-on science early in her college career.

“It’s such a great way to expand your knowledge,” she said.

Many of the students form bonds while working with the rats, Hein said.

“That’s actually one of the things that I really think is a great outcome of using research animals,” Hein said. “The students that normally wouldn’t get exposure to care for animals really take on that responsibility.”

For some students, the relationship with their rat lasts beyond the lab. Almost every year more than half the animals are adopted by students, Hein said…